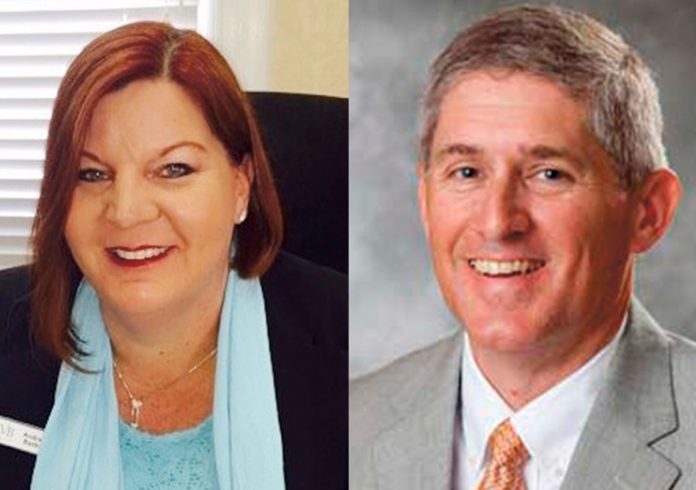 KILMARNOCK—The Lancaster by the Bay Chamber of Commerce recently announced Stuart Bunting has been named its Business Person of the Year, and Andrea Banks its Volunteer of the Year.

“I can’t think of two more deserving people for this honor. They are dedicated to their jobs and our community,” said chamber executive director Anne Paparella.

Bunting is chief executive officer of Rappahannock Westminster-Canterbury. He was nominated overwhelmingly by community members, his peers, staff and coworkers, said Paparella. His nominators spoke of his character and accomplishments, his integrity, compassion and visionary leadership.

“As the leader of one of the largest employers…