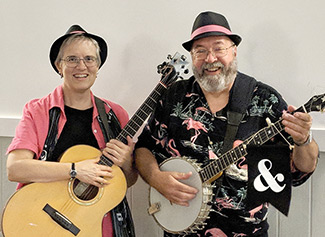 The Lancaster Virginia Historical Society-Mary Ball Washington Museum will continue its commemoration of the 100th anniversary of World War I with a concert of period music by the string band Ampersand.

The concert will begin at 2 p.m. July 29 at Rappahannock Westminster-Canterbury, 132 Lancaster Drive, Irvington.

The program will last about two hours with a short intermission, reported executive director Karen Hart. A cash bar and light snacks will be available. Outside food or beverages are not permitted.

“Ampersand is a returning crowd-favorite of our historical society. We have previously enjoyed their entertaining and educational programs of music from the eras of the Revolution, Civil War and Great Depression,” said Hart. “This year’s all-new concert focuses on America in the period of World War I and features songs that were popular from around 1914 to 1919…