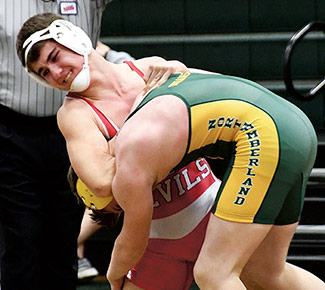 Host Northumberland was the runner-up with 99 points, Washington & Lee was third with 77 and Essex fourth with 44.

“I like seeing some consistency from Tate,” said LHS coach Craig Oren. “When he’s hot, he’s hot and that’s the Tate I’m hoping to see as we go into the region and state tournaments.”

T. Wilmore pinned Northumberland’s KJ Ball in round one and…[to-view-more]