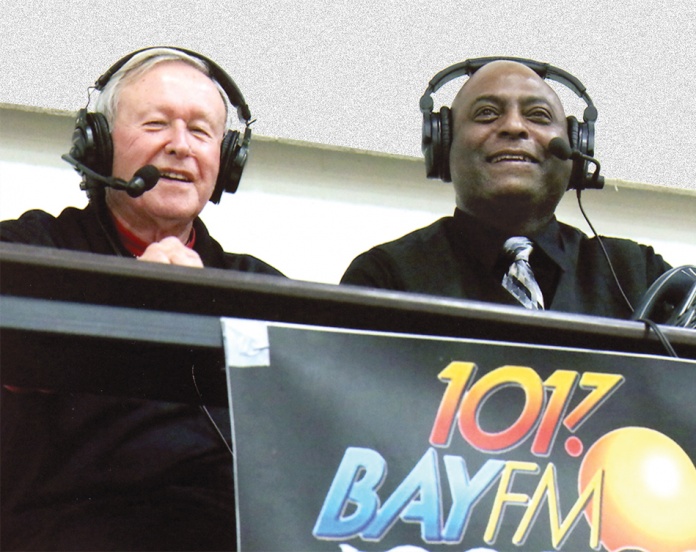 Like peanut butter and jelly, some things—and people—just naturally go together.

Carroll Lee Ashburn and Demetrius Means seemed an unlikely pair when they teamed up for their first broadcast in 1995, but 25 years and 468 games later the two are devoted friends and have become synonymous with basketball sports coverage in the lower Northern Neck.

Ashburn was a born-and-raised Northern Necker, easy going and relaxed for the most part. Means was from up north, a fast talker from New York.

Means was ‘analyzing’ a Lancaster boys basketball game in the doorway of the gymnasium at LHS, where his wife was assistant principal, when WKWI/101.7 FM radio’s general manager Tom Davis overheard him. Davis asked Means to join Ashburn in the announcers’ booth and the relationship was born.

“I went back to the station and said, this is not going to work,” said Ashburn, who started his announcing career alongside Dean Loudy at WKWI way back in 1975.

But it did work. and as Means says, “It turned out to be a beautiful marriage….