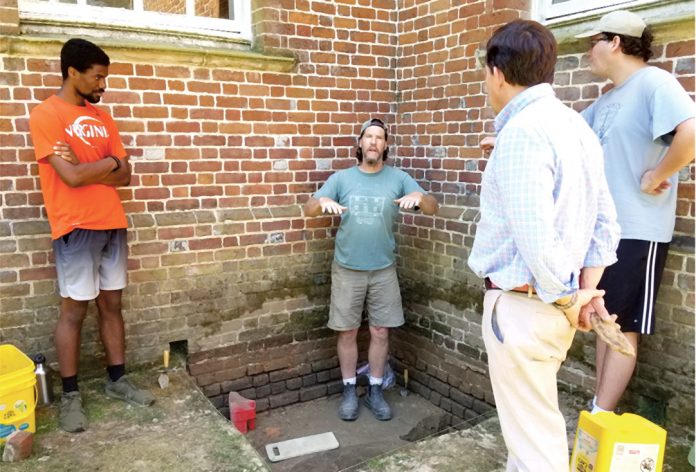 WEEMS—Archaeology has started at Historic Christ Church in the first stage of the Rising Damp project.

“Rising damp” is the term for how stormwater moves into “materials like brick, mortar and stone,” rising before eventually evaporating, said executive director Robert Teagle.

As the stormwater rises, “it carries salts from the soil,” which seep through exterior walls, causing the church building to slowly decay as its architectural elements eventually become too weakened to resist, said Teagle. The moisture of the rising damp’s continual onslaught, combined with the salts, also has effects on the church’s interior woodwork and plaster.

“It takes time for the issues to appear,” he said.

Previous attempts to address the rising….