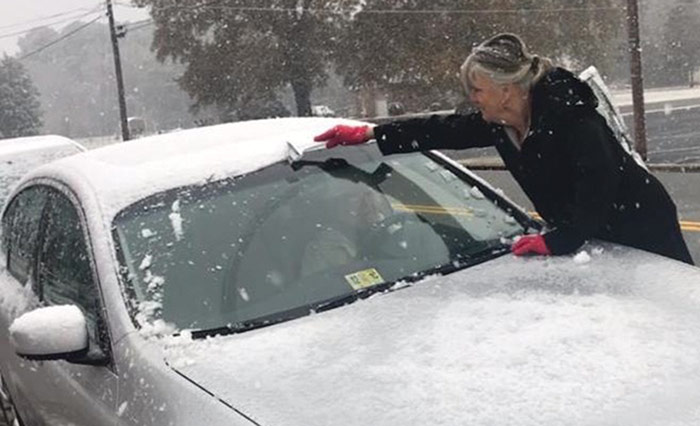 Helping out a fellow church member, Linda Henderson scrapes snow off a windshield at Campbell Memorial Presbyterian Church in Weems. Churchgoers were shocked Sunday morning when they exited the 11 a.m. service to find a blanket of snow on the ground and their cars. A steady snow started to fall in parts of Lancaster and Northumberland counties around 10 a.m. and by noon the ground and the roads were nearly covered. The Northern Neck received a dusting in some spots to more than six inches. Ocran and the Windmill Point areas only received rain while other parts of Lancaster County were blanketed in snow. The storm left hundreds temporarily without power in the Northern Neck. Photo by Rachel Valdrighi