Excerpts taken from the July 3, 1980 edition of the Rappahannock Record

Boats To Race for Watermen’s Day 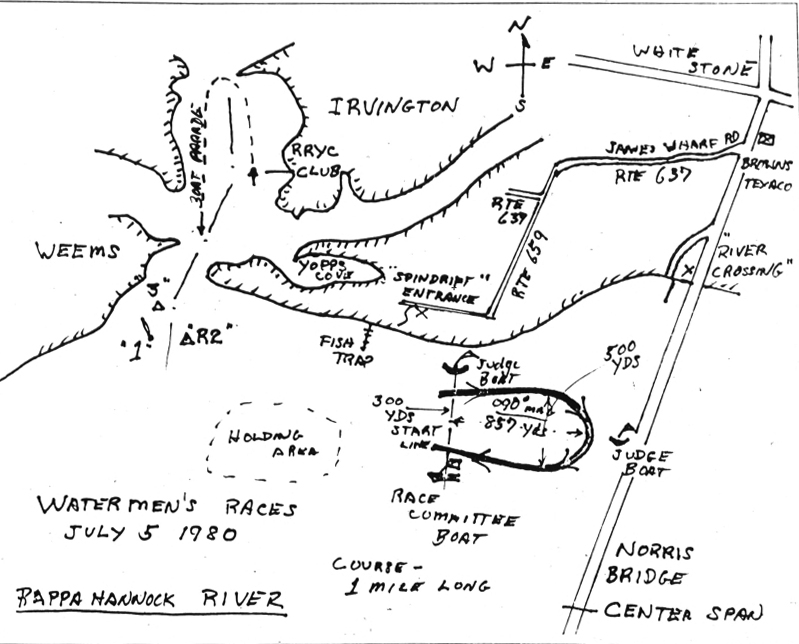 The only remaining ingredient for a record breaking Virginia Watermen’s Day on Saturday, July 5, is weather and if prayers are granted attendance should be the largest ever recorded for a water-borne festival in the area.

All the contestants will race around the pear shaped one mile course to be located just north of the Norris Bridge near the northern shore of the Rappahannock River.

The race committee will meet at the yacht club at 10:30 a.m. on July 5 to evaluate last minute entries prior to the captains’ meeting at noon. The race committee’s official vessel is the 30′ deadrise “Tilly,” owned and operated by W H. Sterling Wright of White Stone. On board he will be joined by Denegre, Frank L. Pinney Jr., Hudnall L. Evans, Fay Evans and Robert E. “Bobby” Shackelford. 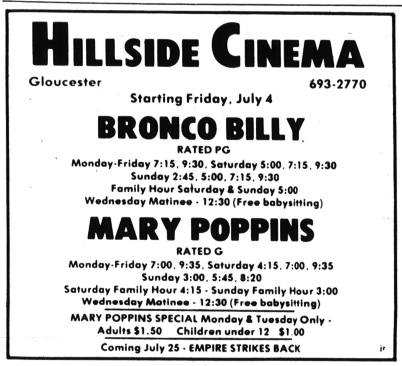 Racing may be viewed from the shore from either “Spindrift,” the residence of Mr. and Mrs. W. A. Rothery on Rt. 659 at White Stone, or the White Stone River Crossing pier on Rt. 3 at the northern end of the Robert O. Norris Bridge. The pier facility is available through the courtesy of Mr. and Mrs. Herbert W. Stover, proprietors of the waterfront resort.

According to Ferne Walker, commander of the U.S. Coast Guard Auxiliary Flotilla 33, the flotilla has had eight power yachts officially commissioned as patrol craft for the event. They will be under the command of Capt. Charles Smith, with Melvin Pitman in charge of communications. The radio channels to be used are CB channel 9 and VHF channel 6. All craft are asked to stay tuned to these frequencies throughout the parade and racing events. The Lancaster High School Band under the direction of Earnest Craig will board the 65′ trawler “Muriel Eileen” owned by Capt. John C. “Pat” Willis of Hartfield. Willis will also provide the blue grass group which will play on shore during the award ceremonies and barbecue.

The judge’s boat for the boat parade will be “Allegro.” owned by Judge Dixon L Foster. Judges, in addition to Foster, will include Douglas Jenkins, president of the Virginia Watermen’s Association, and another member of the association.

Attendance at the awards ceremony and the barbecue and dance are limited to watermen and their families and guests and yacht club members, due to space limitations

Economic conditions in the Old Dominion remained sluggish during May. with car dealers suffering the most.

According to Leland E Traywick, a professor at the College of William and Mary, there has been some definite “slowing” in Virginia’s economy, although the state has yet to enter a full fledged recession Traywick’s monthly survey of the major 17 cities in the state, published in the Virginia Business Report, shows that the economic news was exceptionally bad for automobile dealers during May.

New car registrations were down 30 percent when compared to May 1979, and all 17 cities reported negative results. Traywick says that Virginia is following a nationwide trend, with sales nationally reaching the lowest point in 20 years. 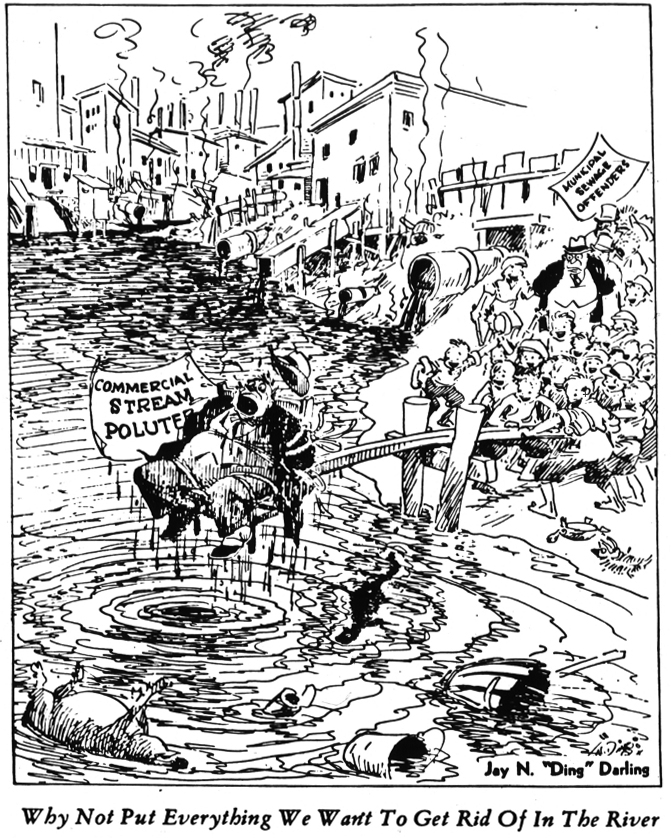 Checking account transactions were up 25.4 percent in May, compared to the same month, a drop from the 31.6 percent increase in April.

Traywick reports that four cities — Alexandria, Lynchburg, Richmond and Staunton — continued to have an above average volume of checking account transactions. “Building permits took a definite turn for the better in May,” says Traywick. They increased 1.8 percent over May, 1979, a big rebound after a 16.5 percent decrease in April “All in all it may be that the construction business is headed for some better days this fall.” Retail sales were brighter in May than in April, but even May’s 7.4 percent increase fell below the rate of inflation. According to Traywick, sluggish retail business is “a clear sign of recession. Goods are not moving at the retail level, inventories are beginning to clog.”