Excerpts taken from the May 16, 1940 edition of the Rappahannock Record

Executive Board of Local Chapter to Plan Campaign Tonight to Raise Quota of $300.00

Plans will be made tonight at a meeting of the executive board of the Lancaster County Chapter of the American Red Cross for the county to participate in a national campaign to raise a minimum of ten million dollars as a war relief fund.

Lancaster County’s quota for this campaign has been et at $300.00 and the local chapter is requested by national headquarters to raise this amount without delay.

“With the invasion of Holland, Belgium and Luxembourg the war has entered a phase which will inevitably and at once bring widespread and appalling suffering to millions of helpless, women and children. In order to inaugurate widespread relief at once launching a campaign for a minimum war relief fund for ten million dollars. Your chapter quota is $300.00 Please at once mobilize the entire leadership of your chapter and community in order that your quota may be raised and exceeded without delay. Chapters may retain fifteen percent of collections to cover their local war relief expenses.”

Rev. Griffith has called a meeting of the executive board to be held at the Fire House at Kilmarnock at 8:00 p.m. tonight to make plans for the local campaign. He expects to get the campaign under way before the end of the week.

In this campaign every citizen of the country will be given an opportunity to cooperate with the American Red Cross in its efforts to relieve the pain and suffering that has come to war-torn Europe with such suddenness. 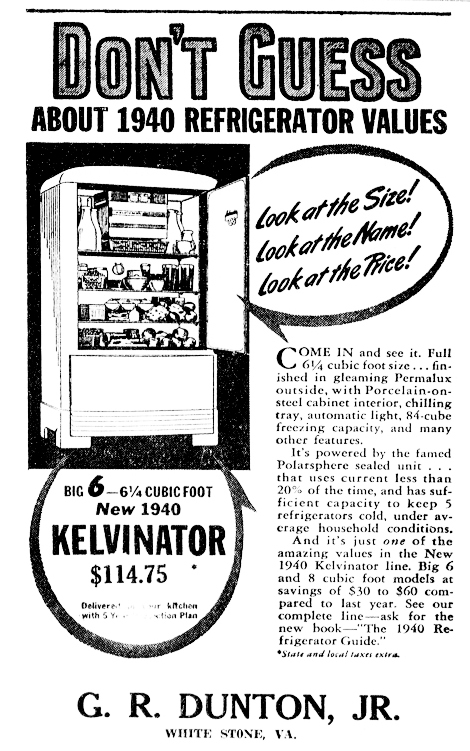 W. H. George’s old guinea died last week at the age of 22 years. Mr. George bought three guineas in the fall of 1918, the year after he started farming.

Foxes soon caught the two hens but the rooster continued to live with the other fowl on the farm until last week. Mr. George had not had any other guineas on the farm and says he is sure of the age of this veteran rooster.

The guinea had been a “watch dog” around the place for many years, setting up a loud chatter whenever anything unusual occurred.

G.T. French, State entomologist, back from a tour of inspection in the six-county area covered by the quarantine against the nematode tomato disease, reported Saturday that he had found no violations.

Florida plants, those agains which the quarantine was intended chiefly, have not been brought into Virginia yet, he said, because of the cold weather.

Mr. French warned that locally grown tomato plants, which probably will be on the market the last of this month or the first of June, also must be accompanied by a certificate showing that they have been inspected, and added that his department is prepared to make the inspections.

The counties in which the nematode quarantine is effective include Middlesex, Lancaster, Northumberland, Essex, Richmond and Westmoreland. 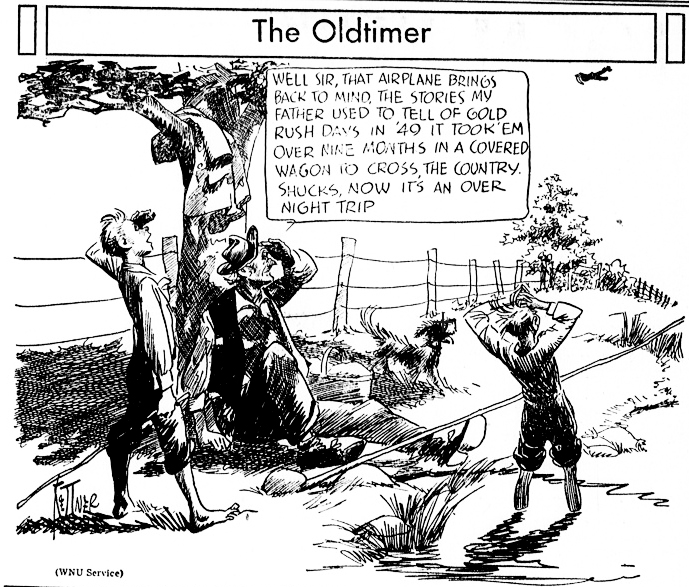