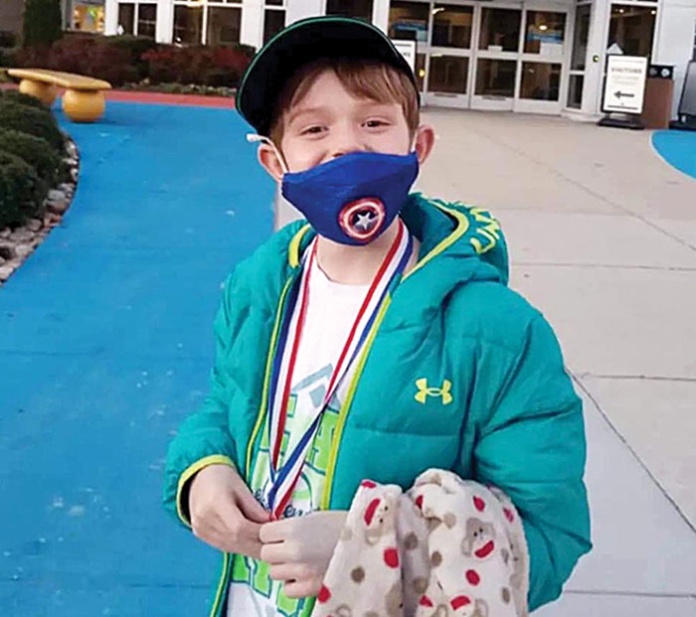 ’Tis the season for miracles. And Zayden Williams’ family is convinced his recovery is nothing short of a miracle.

After spending 65 days in the hospital, much of it in intensive care, the 8-year-old Middlesex County boy was released the Monday after Thanksgiving, answering the prayers of hundreds across the Middle Peninsula and Northern Neck.

“All I can say is God is good. He was on so many prayer lists. And the family would like to thank everyone for their care and support,” said his paternal grandmother Virginia Williams, who lives in Saluda and works at Kilmarnock Dental Center. His paternal aunt, Kristie Williams, owns and operates White Stone Barber Shop. His maternal grandmother, Joanne Leigh, lives in Topping.

Zayden was a typical kid. He loved playing baseball and video games, riding his bike and hanging out with friends. All that changed on September 25 when after running a high fever for a day, he started having hallucinations and seizures.

After an emergency room visit, he was rushed to Children’s Hospital of the Kings Daughters (CHKD) where he would remain for 10 weeks with….