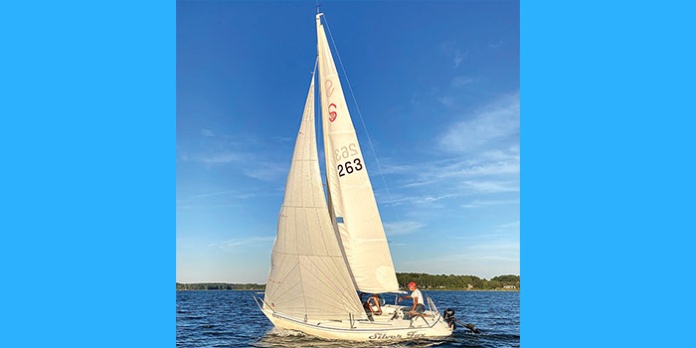 According to fleet captain Jim Bennett sailing conditions panned out better than what the forecast was showing for the recent Yankee Point Racing and Cruising Club (YPRCC) Fall Pursuit Race on the Rappahannock River.

Instead of the predicted light breezes all day, the winds blew three to four knots out of the south at the start, then clocked around to southeast to reach eight to nine knots by the finish, said Bennett.

This made for a beautiful day on the water as well as favorable sailing conditions for winning boat Silver Fox, captained by YPRCC past commodore Win Schwab and crewed by co-owner, Ed Richardson, also a member of YPRCC.

“It was Schwab’s final victory of the current season and a great way to end the fall series,” said Bennett.